Just recently, my human has been paying mysterious visits to the house next door, which at the moment is inhabited solely by my friend, Rupert.

I’ve finally worked out the reason for this.  Rupert’s own human is in hospital, and Rupert is therefore very grateful for the provision of a temporary butler/housekeeper/chef de partie.

The trouble is that I’m not allowed inside, although I can hear all kinds of interesting stuff going on, which sounds very much like fir cone games and the occasional distribution of treats.  I’ve tried scratching on the door and wiping on the windows, but apparently this just freaks Rupert out.  (Hey, Rupert!  What about a house party?   Folks away, and all that?  Spoilsport.)

Rupert is quite a nice little fellow in a soft, puddingy kind of way, and to save him from being lonely several of his bachelor chums come and see him outside his back door for coffee every morning, around 11 o’clock.   When I say coffee, I mean tasty cheesy treats, with not much coffee involved.    Two of them were there yesterday, in the form of Einstein and James (not their real names, as they wish to remain vaguely mysterious).

Einstein has appeared more than once in my PAWS Awards, and James is now asking for a nomination.   I don’t know what he will submit.  I’ve never seen him actually doing anything.

Then, in the afternoon, in the front garden, Rupert is quite often joined for a siesta by his across-the-road friends, Bonnie and Clyde.   Clyde is a retired naval officer, and he and Rupert like to smoke a cigar or two while exchanging Pokemon cards.  Bonnie is really only interested in the gossip.  Sometimes a third guest appears, in the form of Tilly, a tiny little calico cat with a squeaky miaow and an apparently unending appetite for food.  She could certainly be an actress.  I’m thinking Shirley MacLaine in Two Mews for Sister Sara.

All this is building up into quite a busy social life for Rupert, but he really does need to get himself into shape with some muscle-toning exercises.   Dozy little pudding.   So here’s a challenge:  by January next year, the time of my PAWS Awards 2017, he is going to have the abs of Bruce Willis.  For this, he might need your moral support, and possibly more fir cones as he keeps losing them under the sofa.  Obviously, he’s too podgy to go and get them. 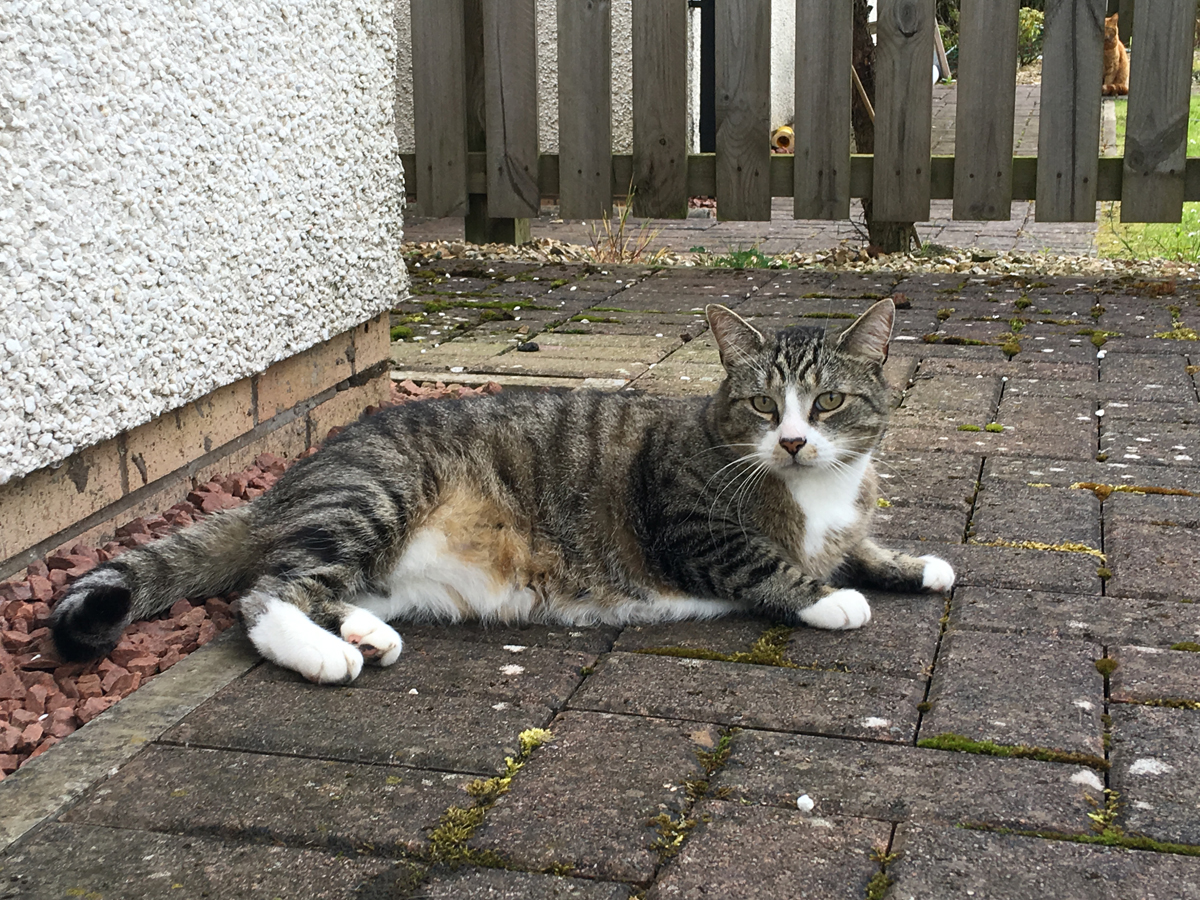 Another workout?  Can I lounge a bit first?

Meanwhile, another sunny coffee morning beckons!   Tuna or chicken this time?   Call round if you want, but don’t sneak up as Einstein is still jumpy after his attempted escape through a closed window.   He’s still working on the physics of that one.  If it’s a nice evening we’ll all have a barbecue.   Tilly will like that!

Catch you all later! 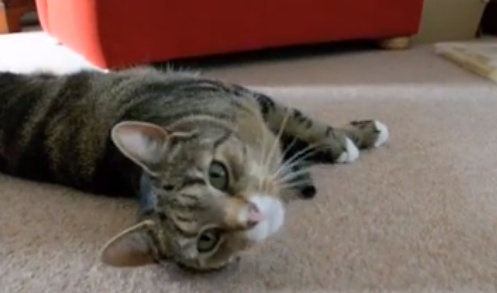 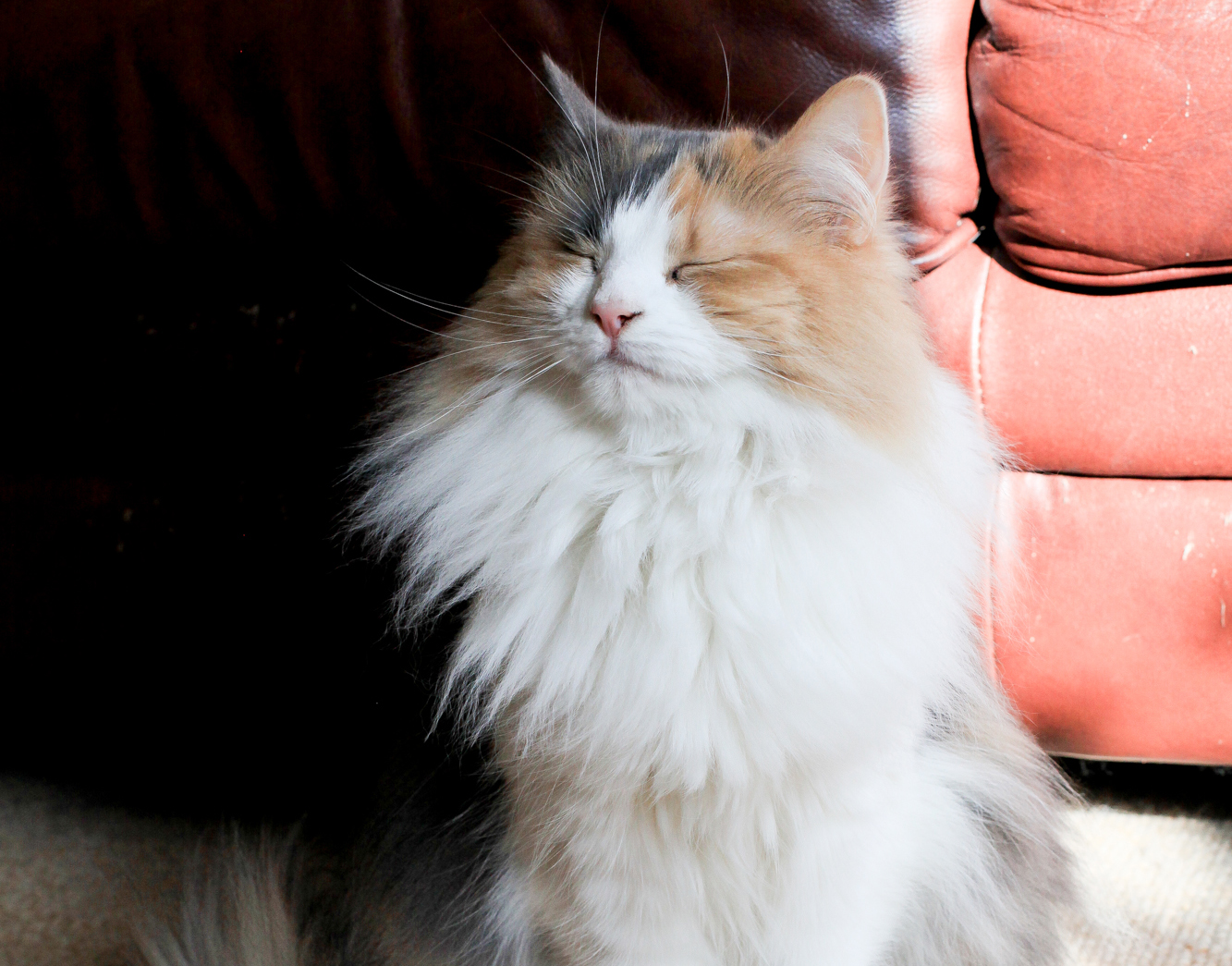 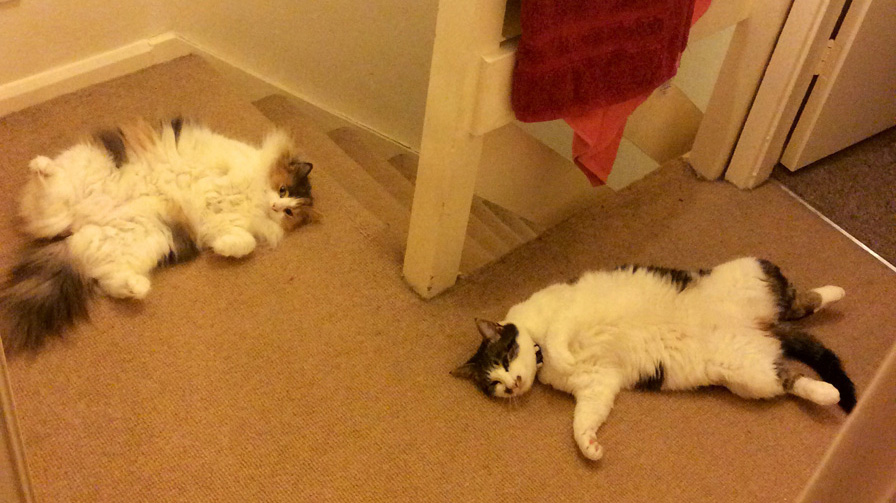