“The pure, the bright, the pleasant,
the sun of Lismore;
that is Moluoc,
of Lismore in Alba”.

The Martyrology of Oengus the Culdee

When the peace-loving missionaries started to come over from Ireland in the 6th century, looking for remote islands on which to build a monastery, you might be forgiven for thinking that they had an amicable way of settling who was going to go where.

On the whole, they did;  but the Isle of Lismore must have held a special attraction, at least for St Columba and St Moluag, because both of them wanted it and neither would give in.  So – according to the story – they decided to have a race.  The first man to the island would win it.

All was looking good for St Columba, whose vessel was racing ahead through the waves, but St Moluag had a crafty plan.  As the two boats approached the shore, he cut off one of his fingers and threw it onto the beach, thereby claiming Lismore as his own. 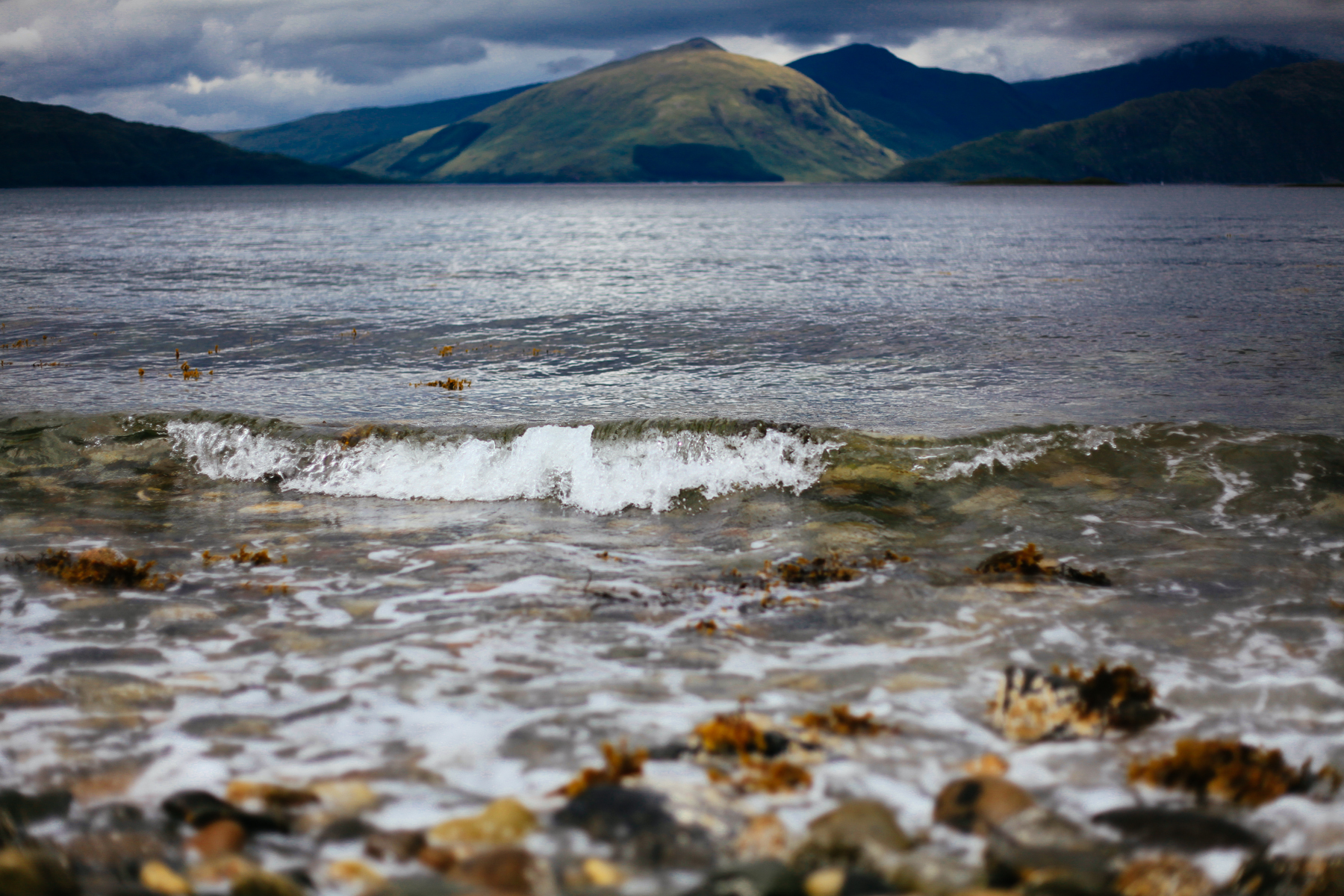 It sounds a bit drastic, and even if it isn’t true it certainly makes you wonder how these stories grow up.  I’d like to think that St Columba performed a miracle and re-joined Moluag’s finger by way of congratulations.  Whatever happened, Moluag stayed on Lismore long enough to build a monastery whose lands soon extended east to Appin and west to Kingairloch and Morvern.  St Moluag’s Church became the seat of the Bishopric of Argyll and the Isles, and for this reason it is actually a cathedral. 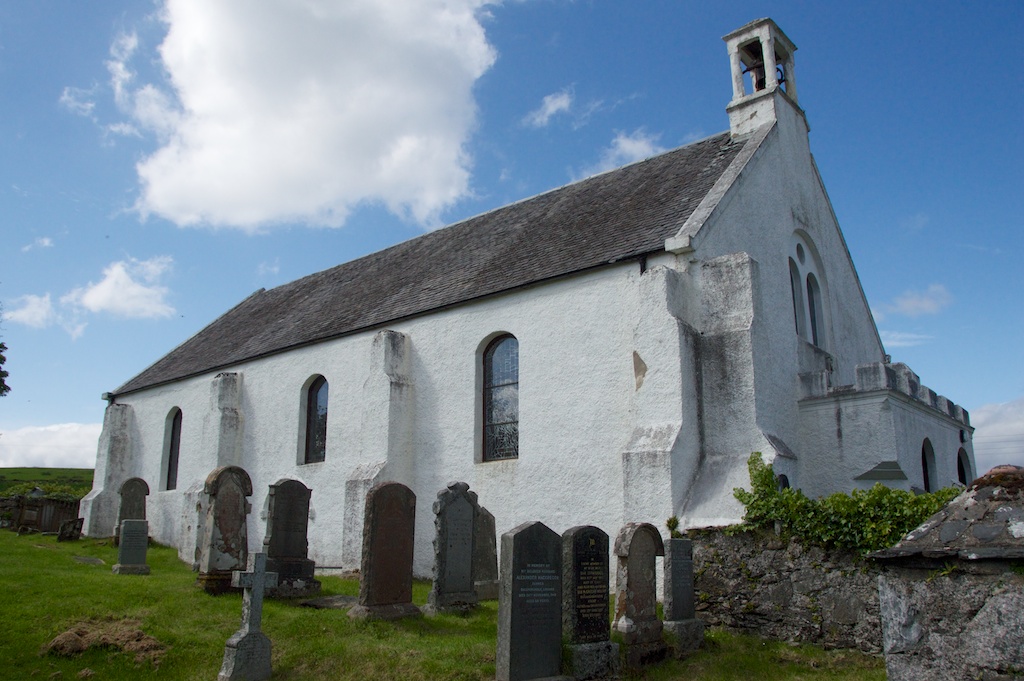 Nothing now remains of the earliest structure, but parts of the present church are 14th century in origin.  The graveyard is said to contain a baptismal font carved into a natural rock surface, and the RCAHMS adds:

“It is interesting to note that the field boundaries to the north, east and south form a rough circle of about 240 metres in diameter which may indicate the original line of a vallum similar to those which enclosed certain early monastic sites.”

The ‘Apostle of the Picts’ 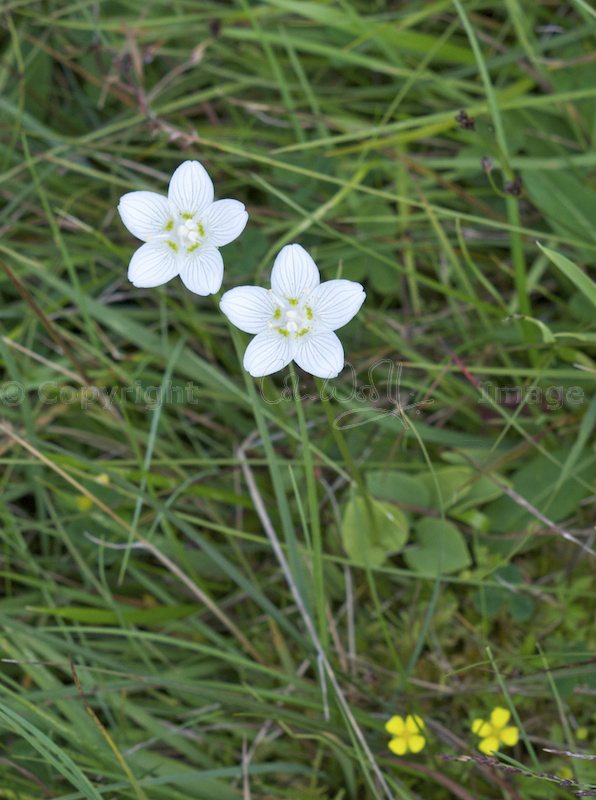 St Moluag must have been passionate about converting the Picts to Christianity, because he mopped around the country at a fair rate.  He founded holy centres in Rosemarkie and Mortlach in the east of Scotland, and in the west he travelled to Lewis, Skye, Tiree, Mull, Morvern and Inveraray.  Like Columba, he is reputed to be of noble descent, and he is also known as Lughaidh, Luanus, Molluog, Moluoc and Murlach, among others;  ‘Moluag’ is said to be made up of a prefix meaning ‘my’, and the Gaelic ‘Lughaidh’ meaning ‘light’.   He died on 25th June 592 AD, somewhere in the east of Scotland.  It is unknown where he is buried, but one tradition claims that his body was brought back to Lismore by 24 stalwart islanders.

The website of Bachuil Country House adds an interesting perspective to the history of Lismore:

“This had been the sacred island of the Western Picts whose capital was at Beregonium, across the water at Benderloch.  Their kings were cremated on the ancient man made ‘burial mound’ of Cnoc Aingeil (Gaelic for ‘Hill of Fire’) at Bachuil, about three miles from the north of the island, near to the site that St. Moluag chose for his first centre.”

St Moluag’s pastoral staff, a curved rod of blackthorn known as the Bachuil Mor, is still in the possession of the Livingstones of Bachuil (Clan Maclea), the hereditary Barons of Bachuil.

I walked past St Moluag’s Cathedral a couple of years ago, on our way back from Castle Coeffin.  However, we were in a bit of a rush to catch the ferry back, so I didn’t linger in the church and I didn’t walk around the graveyard, although I’d love to have found the ancient font.

Lismore is the most beautiful island, with a profusion of wild flowers in the roadside verges and only a few cars on its roads.  Getting there is fun, too, especially if you take the little passenger ferry from Port Appin. 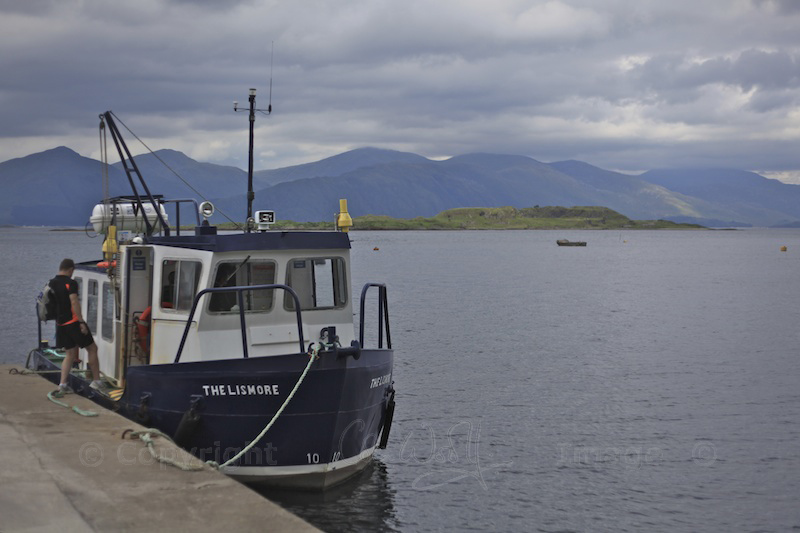 More little churches with a big past: 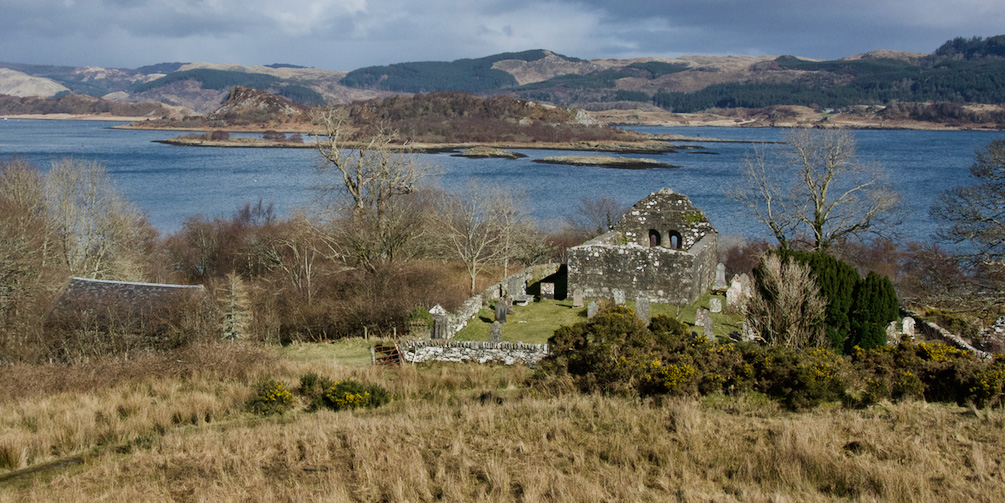 Leave a Reply to Fife Photos and Art Cancel reply