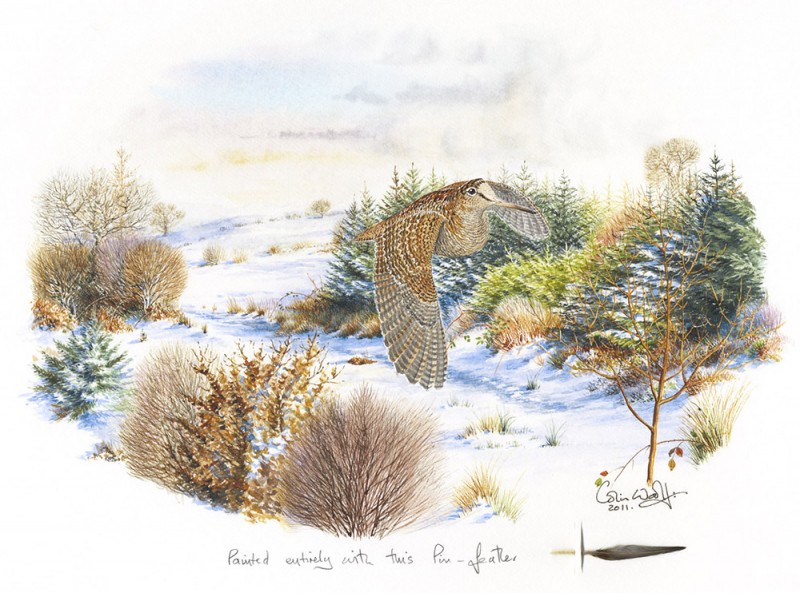 It’s been a while since I’ve published anything under ‘Colin’s Easel’.  This isn’t, as you might imagine, because he’s been lazing around doing nothing and indulging in the occasional Islay malt!  (Although Islay malts do apparently help inspire the creative process.)  No, far from it – he finished lots of pictures before Christmas but these were all special commissions, and we couldn’t publicise them because that would have risked spoiling someone’s surprise.

Here is a series of images showing the progress of a woodcock pin-feather painting – in fact, this one was used as one of our Christmas cards for 2011.  It’s entitled ‘Christmas Morning’.

Although Colin paints mostly with a brush, he has also become known for painting with a woodcock pin-feather.   A pin-feather is a tiny feather taken from the leading edge of the bird’s wing – there is only one such feather on each wing – and it’s notoriously difficult to use as a brush, being far too flexible, water-repellent and easily worn down.

Traditionally, woodcock pin-feathers were favoured by Victorian miniaturists who painted portraits on ivory.  This was a technique that Colin was blissfully unaware of until he met a gamekeeper one day in North Wales.  The gamekeeper gave him a handful of pin-feathers and told him, “I bet you can’t paint with one of these!”   That was a challenge… it took Colin months of hard work and practice, but he did finally get there.  His first pin-feather painting was given to the gamekeeper who’d started the whole thing.

Now, 15 years or so later, these small-size original works of art are getting noticed by collectors in the UK and further afield.  They make a great talking point at shows and exhibitions, especially as Colin usually has one in progress on the easel, and people are endlessly fascinated by seeing the feather, inserted in its special holder.  Luckily, Colin knows woodcock so well that he can draw and paint them in any position and from any angle, entirely from his head.

Pin-feather paintings are necessarily small – typically about 190 x 150 mm – because the feather doesn’t last long enough to create anything bigger.  Each image is unique in terms of atmosphere, landscape, and the position and character of the bird.   Only one feather is used for each painting;  when he’s finished (usually with relief!) Colin inserts the feather that he’s used into the watercolour paper before framing.

You can read more about Colin’s woodcock pin-feather paintings (and see some examples) on his website by following this link. 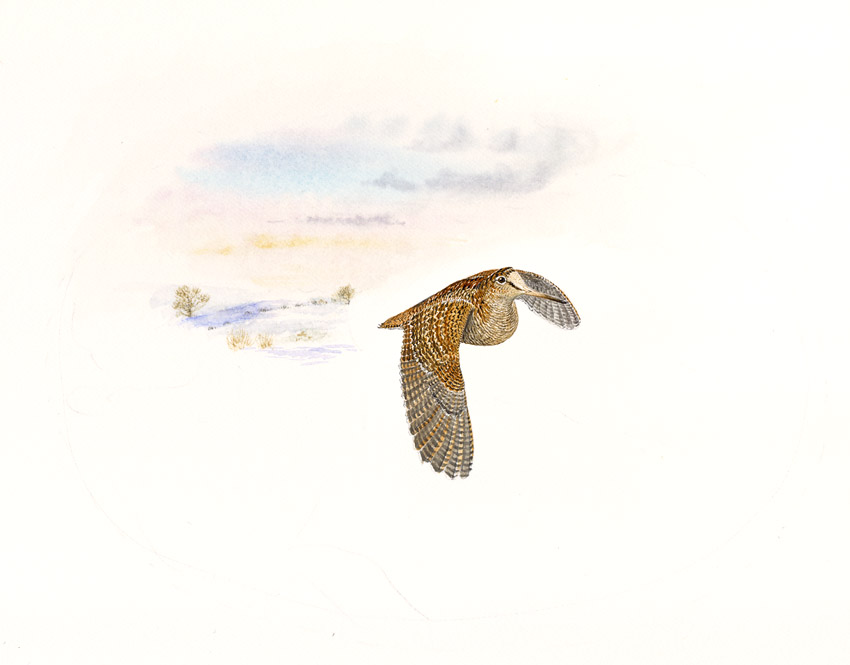 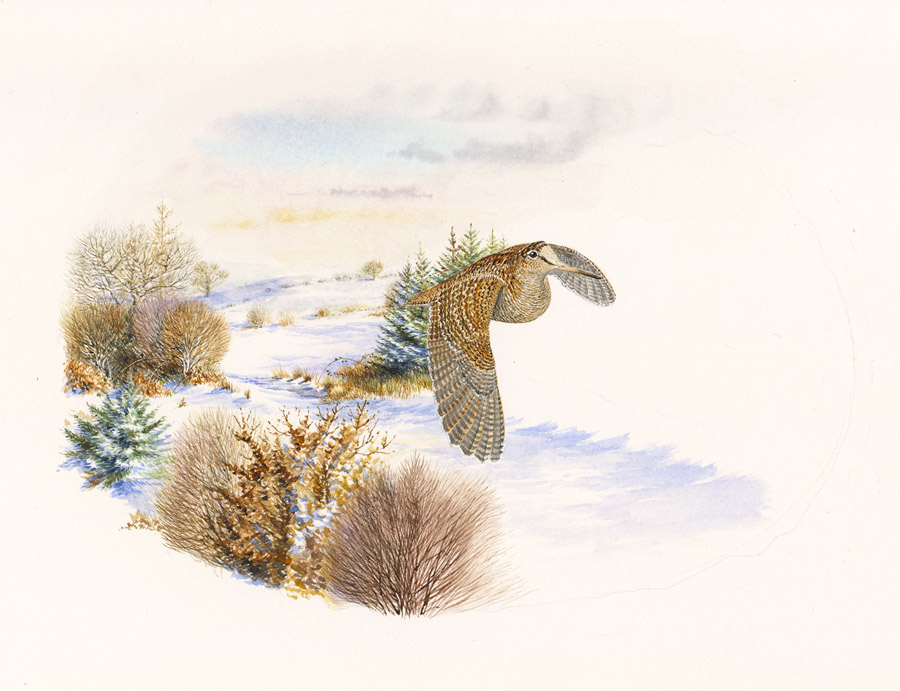 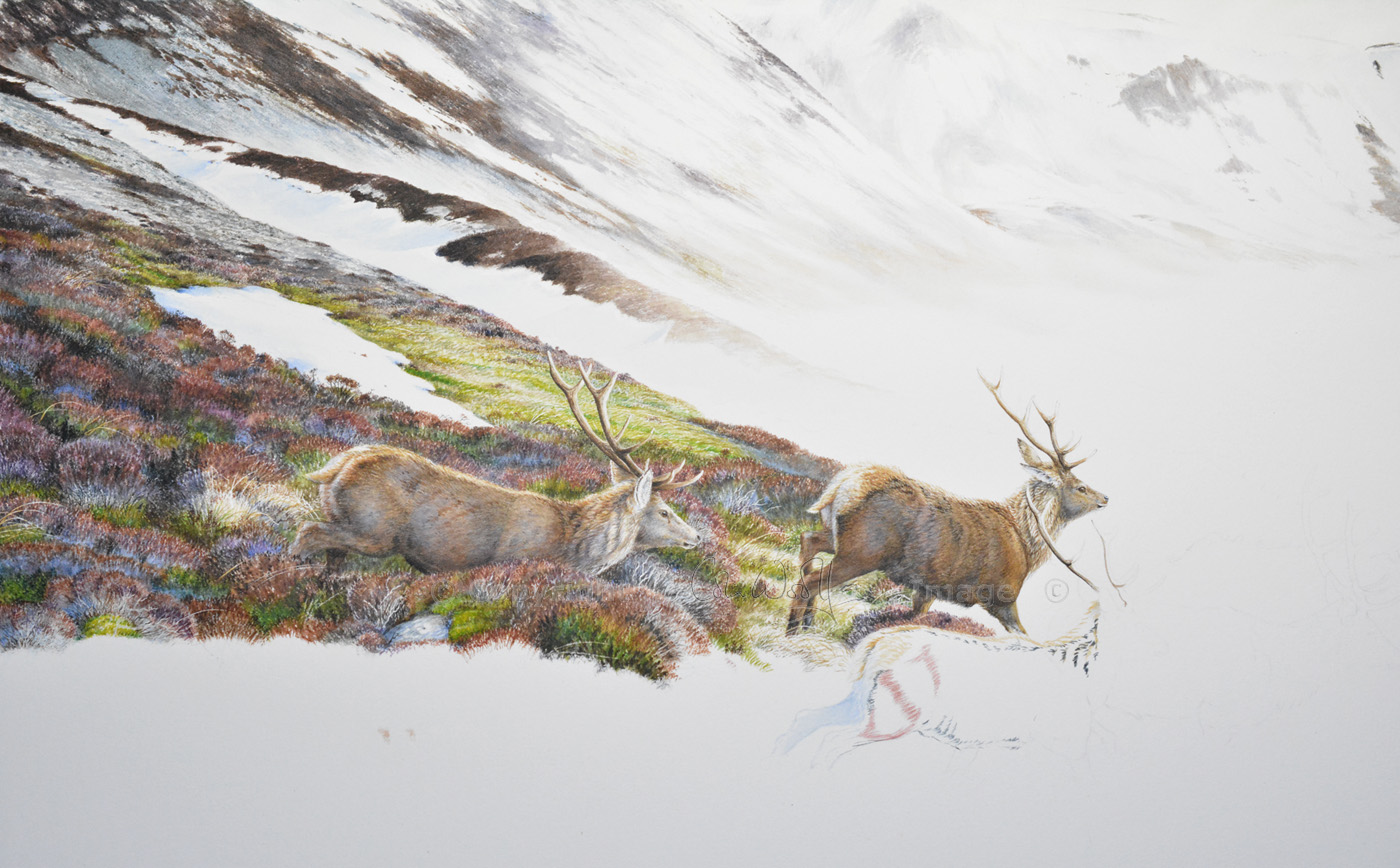 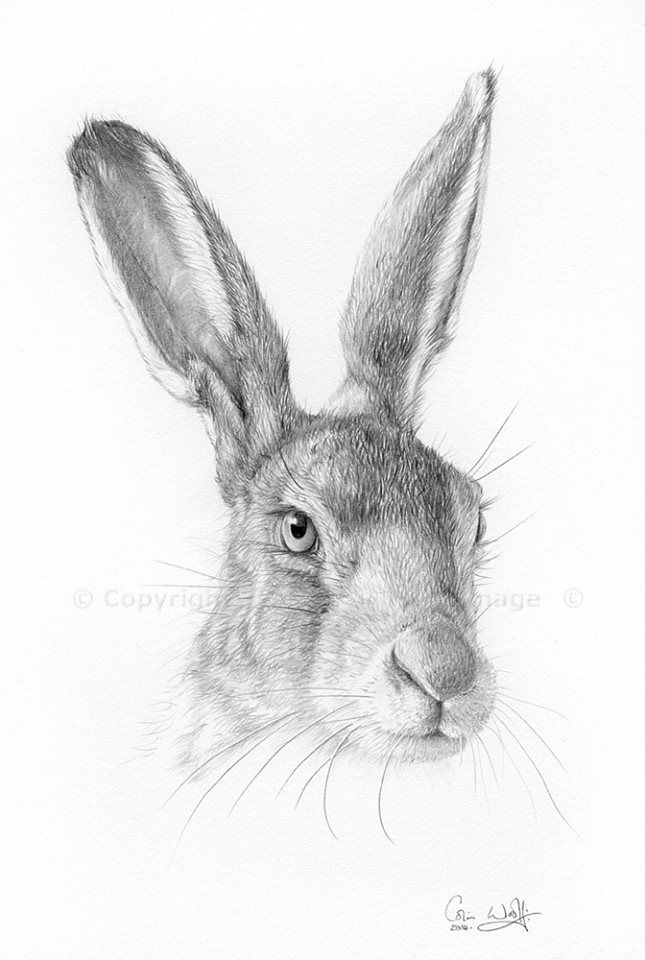 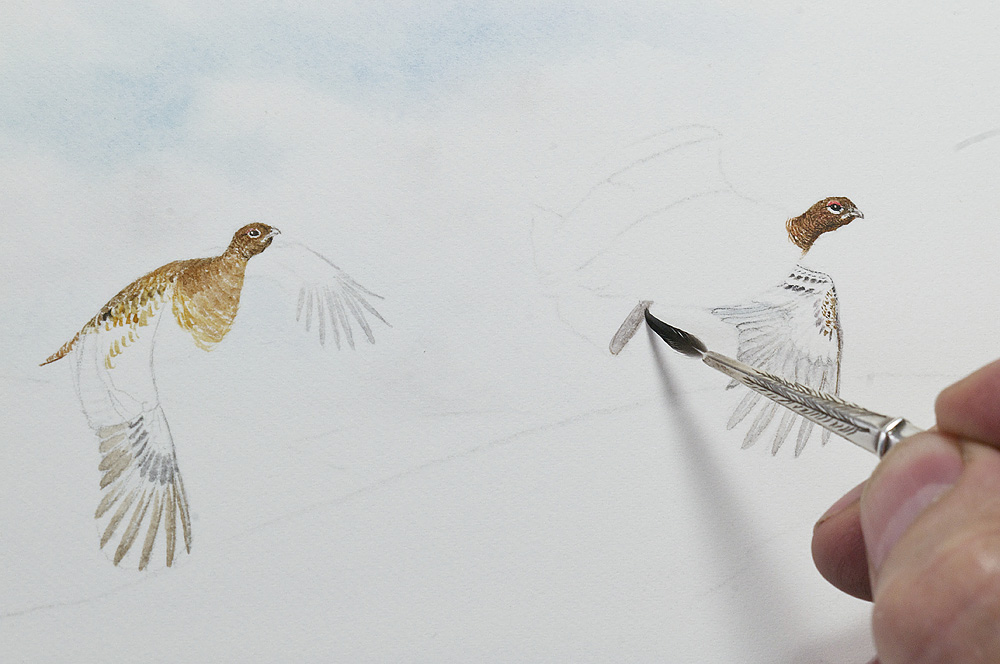