The A827, which winds its way down the entire northern shore of Loch Tay, crosses the River Dochart at Killin.   The bridge was built in 1760, and has four main arches;  from it, you can enjoy great views of Inchbuie, a small wooded island in the river.  If you turn to face the other way, you can admire the tumbling Falls of Dochart, which are spectacular after heavy rain.

Inchbuie (in Gaelic, Innis Bhuidhe, meaning ‘yellow island’) was first chosen as a site – either for the living or the dead – in the Iron Age, because there are traces of two prehistoric forts on the island.  I don’t believe that either of them has been excavated.

The island’s most prominent feature, however, is its 18th century walled enclosure, where many generations of MacNab chiefs are buried.  Canmore, the database of the Royal Commission on the Ancient and Historic Monuments of Scotland, notes that:

“…among the grave slabs and effigies is a medieval slab bearing a kilted figure.”

Outside the enclosure are the resting places of other clan members.

The name ‘MacNab’ or ‘McNab’ is thought to derive from ‘Mac an Aba’, meaning ‘son of the abbot’:  in this case, it would be the abbot of Glen Dochart, a beautiful glen whose religious connections stretch back to the time of St Fillan.  Killin and the shores of Loch Tay are the traditional homeland of the MacNab clan, whose seat was a castle on Eilean Ran, an island in the mouth of the River Dochart.  Their colourful history involves a clash with the forces of Robert the Bruce at the Battle of Brander in 1308;  the Bruce was victorious, and the MacNab lands were forfeited.  In 1336, however, David II issued a royal charter to create the first Chief of Clan MacNab.

Possibly the most famous MacNab exploit took place around Christmas in 1612.  According to folklore, a neighbouring clan, the MacNeishes, had fallen to plundering and stealing, and they had attacked and robbed some retainers of the MacNabs as they were journeying home.  The MacNab chief had no fewer than 12 sons, the eldest of whom was known as ‘Smooth’ John MacNab.  (One source suggests his nickname was ironic, because he was anything but smooth!)

When the evil deeds of the MacNeishes came to the ears of the MacNab chief, he looked round at his sons and reputedly announced, “The night is the night if the lads are the lads!”  No more needed to be said:  the 12 men set off into the snowy night, rowing their boat down Loch Tay before lifting it out of the water and carrying it overland for at least nine miles, up and over a mountain pass, to the shore of Loch Earn, where the MacNeish stronghold lay.

They lowered the boat into Loch Earn and rowed over to the castle on the island.  The MacNeishes, having apparently indulged a little too freely in the Christmas spirit, were in no fit state to put up a defence, and the MacNab brothers slaughtered them almost to a man.  One of them had the forethought to remove the head of the MacNeish chief, which the party brought back with them to their father by way of a souvenir.

The MacNab crest still bears the image of the MacNeish chief’s head, surmounted by the Latin words ‘Timor omnis abesto’: literally, ‘Let fear be far from all’;   in English, the motto is ‘Dread Nought’.

Eilean Ran Castle was destroyed by Cromwellian forces in 1654, and the clan seat then moved to Kinnell House, near Killin.  The fortunes of the MacNabs continued to wax and wane, and in 1825 the clan chief and about 500 clan members emigrated to the Ottawa River Valley.  After the 17th chief died in 1860 without a male heir, the succession became blurred and the clan was temporarily without a leader;  however, a descendent came forward to make a claim, and a new line of MacNab chiefs was eventually established.

In 1987 Inchbuie was gifted by the present clan chief to the MacNab Memorial Trust, so that the island would remain in MacNab ownership. There is something other-worldly about island burial grounds:  like King Arthur’s Avalon, they lie more in the realm of legend than of logic.   The Killin village website considers that, for the MacNab chiefs and clansmen alike, “the Dochart sings an unending requiem.”

The island can be visited by the public on request.  Keys to the gate are held in the library in Killin.

You can read more about Glen Dochart, and another MacNab burial ground, in this feature on The Hazel Tree. 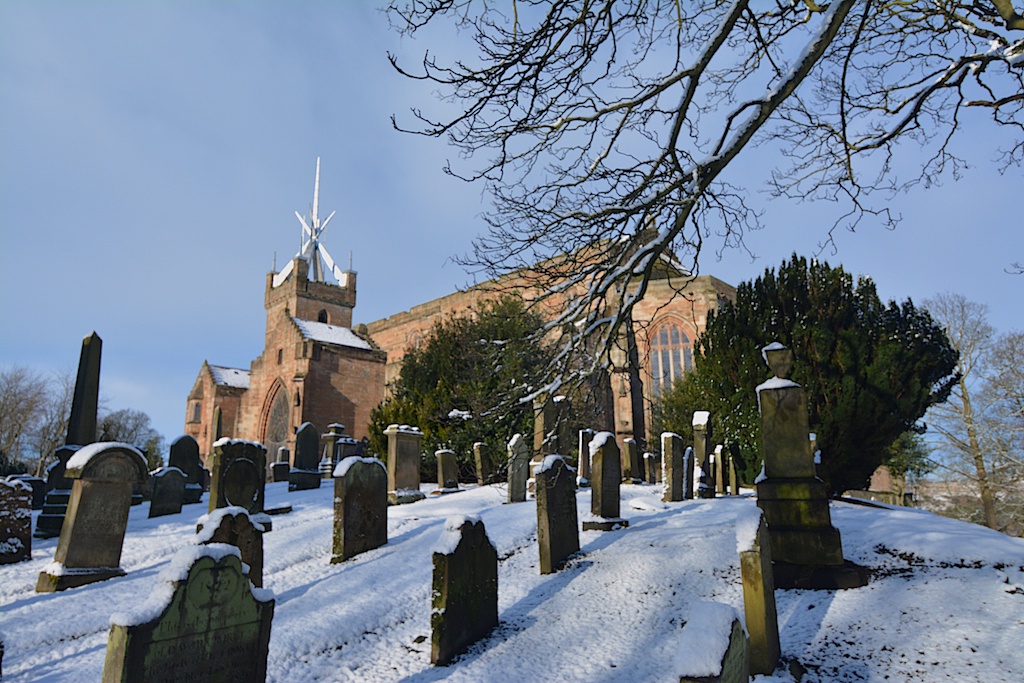 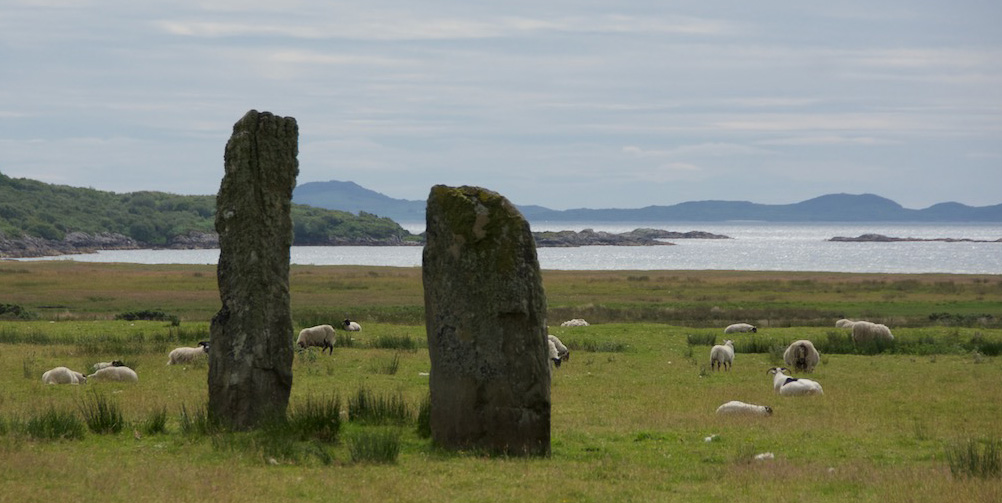 A folk tale, a battlefield, and a witch’s leap 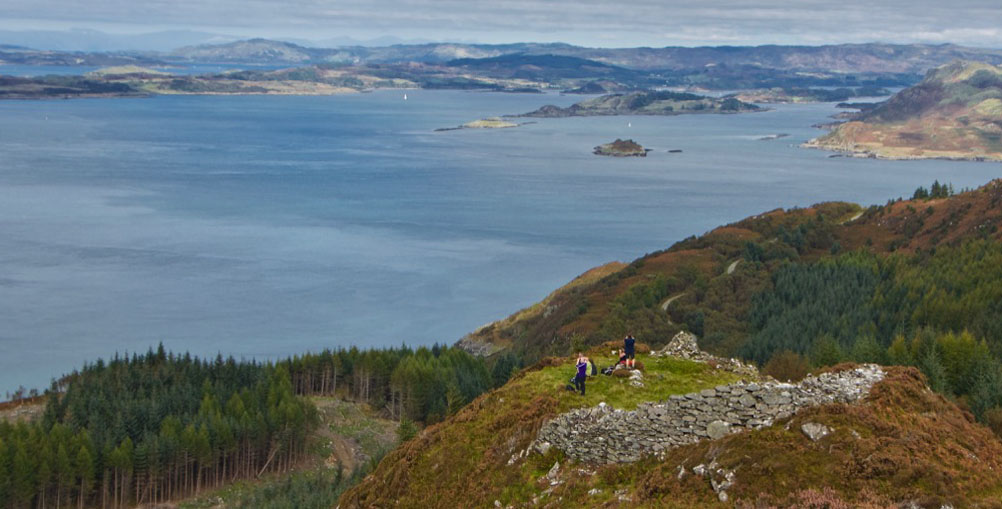