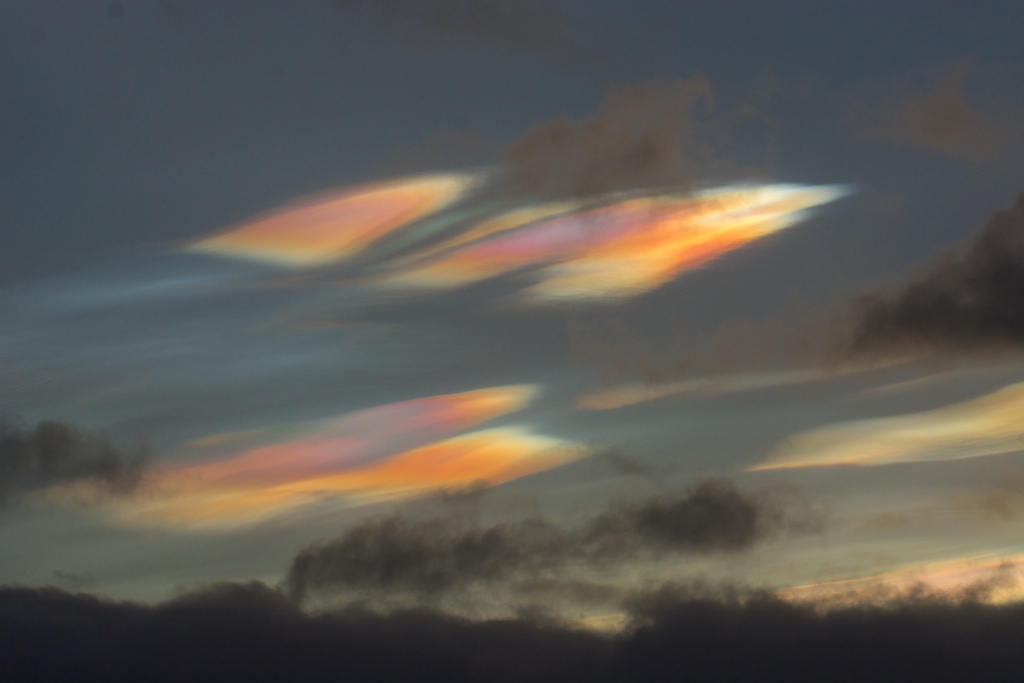 Over the last couple of days, towards sunrise and sunset, our skies have contained something that I never really hoped to see, because it was so rare:   a phenomenon known as nacreous clouds.

This morning, from our front windows, we were gazing at a kaleidoscope of colour, obviously very high in the atmosphere, dazzlingly brilliant.  These clouds have been sighted all over Scotland, and social media are buzzing with them. 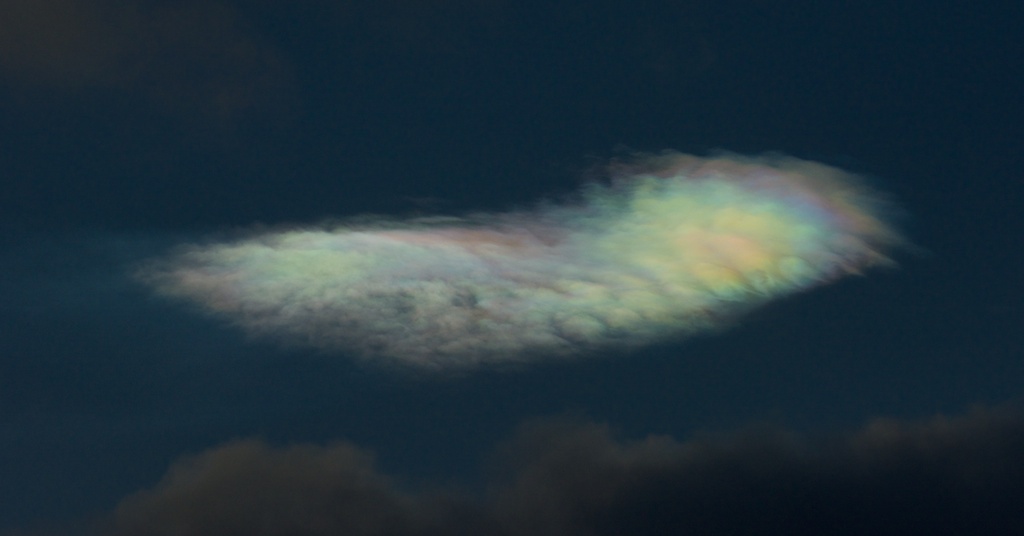 Nacreous clouds form in the stratosphere, between nine and 16 miles above the Earth, at temperatures of around -85ºC.  They are composed of ice particles which are of a consistent size throughout, dispersing rays of sunlight into a spectrum of colour through diffraction and interference.  They are usually only seen over high latitudes, during the winter.  This is in contrast to noctilucent clouds, which occur around midsummer, and form much higher in the atmosphere – in the mesopause, between 50 and 53 miles above the Earth.

There’s a downside to their beauty, however.   The website Atoptics says that nacreous clouds are signs of the destruction of ozone over the Antarctic and Arctic:  “Their surfaces act as catalysts which convert more benign forms of man-made chlorine into active free radicals (e.g. CIO, chlorine monoxide).”   Through a series of chain reactions, these radicals destroy ozone molecules.

“Cloud formation is doubly harmful because it also removes gaseous nitric acid from the stratosphere which would otherwise combine with CIO to form less reactive forms of chlorine.”   Atoptics 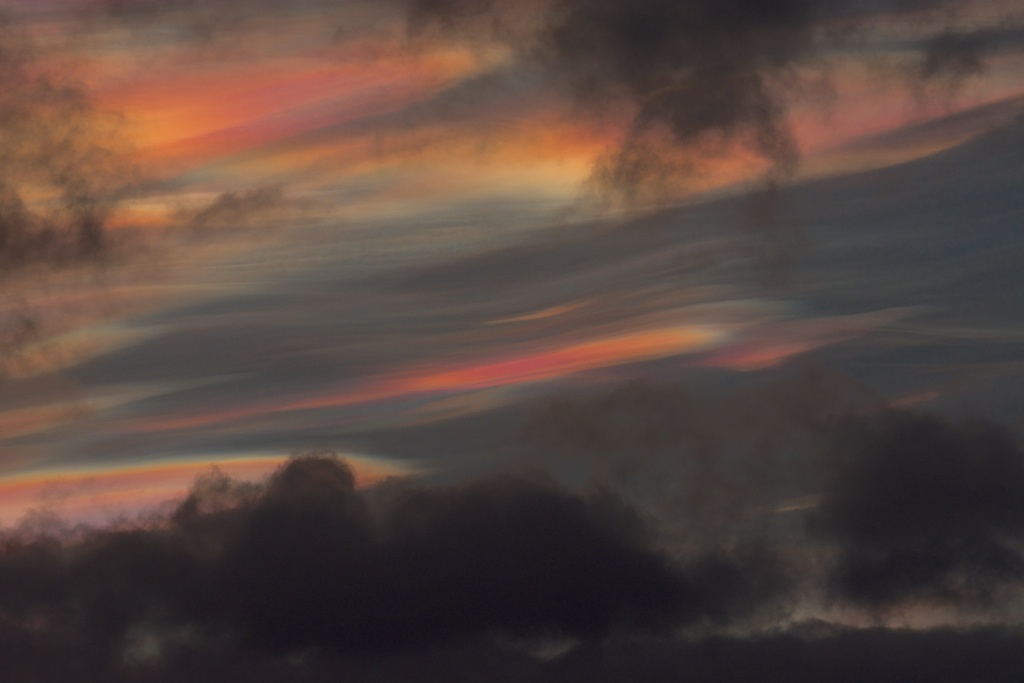 You could tell how high the clouds were because of their relatively unchanging position against the much lower, dark rainclouds that were scudding across from the west.  Some had a beautiful rippled effect, while others were slowly expanding into the thinnest layers of pearlescent white.  The colours ranged from gold, through mauve and pink to brilliant turquoise and green.   For a time they were so bright that they dazzled your eyes.  Despite their obvious warning, I have never seen anything so beautiful in the sky. 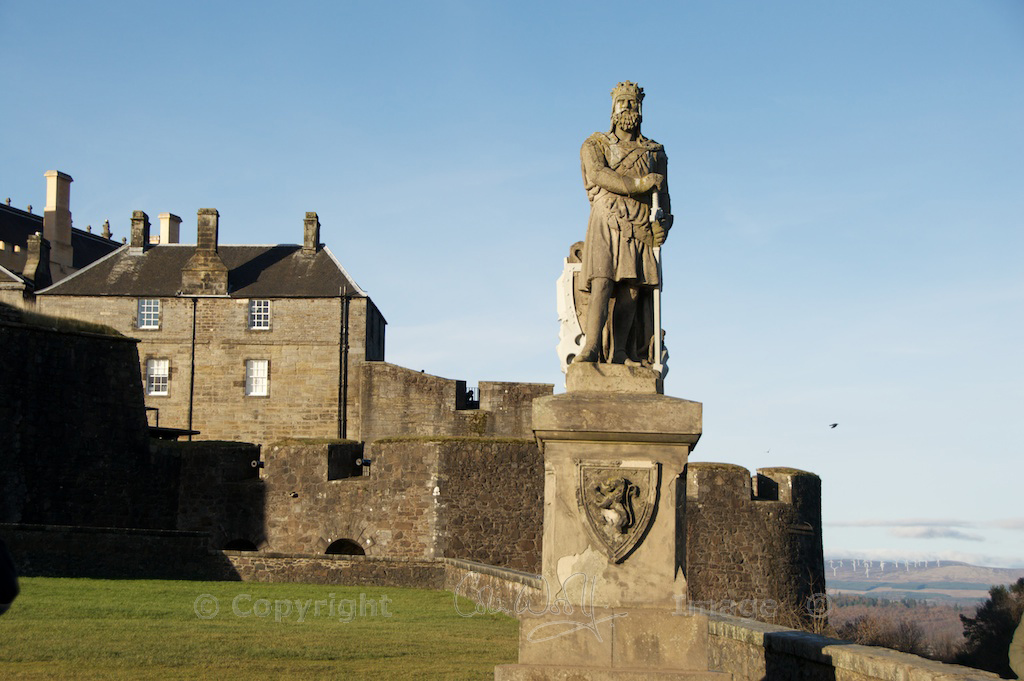 New fun quiz: Which famous warrior are you? 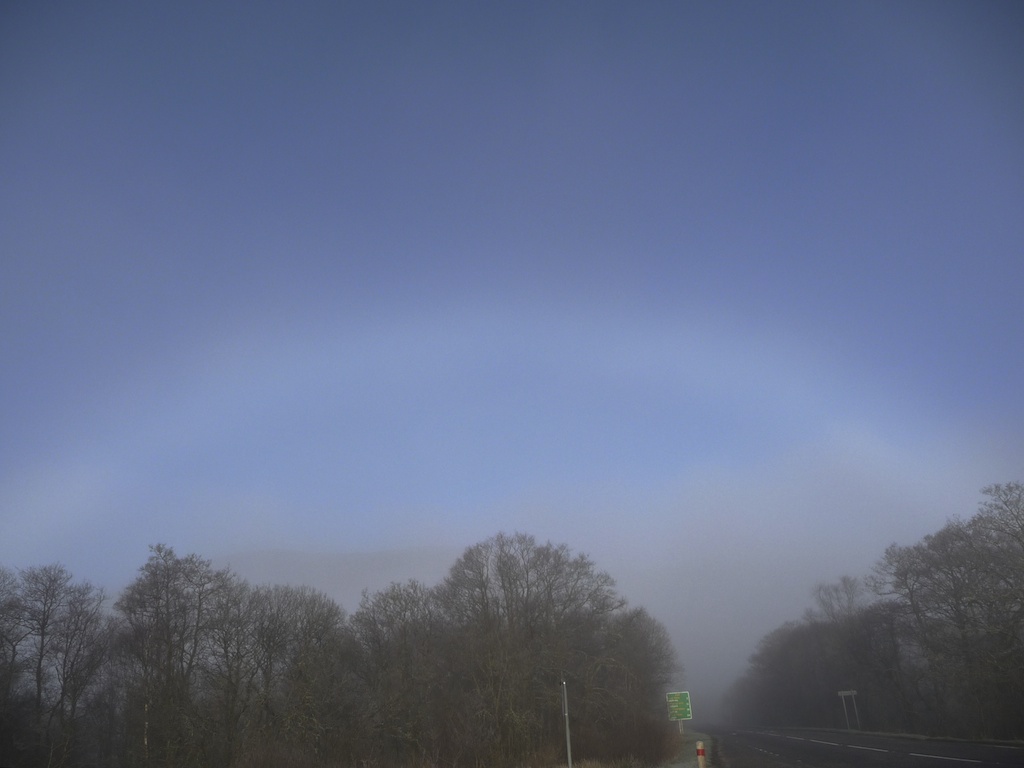