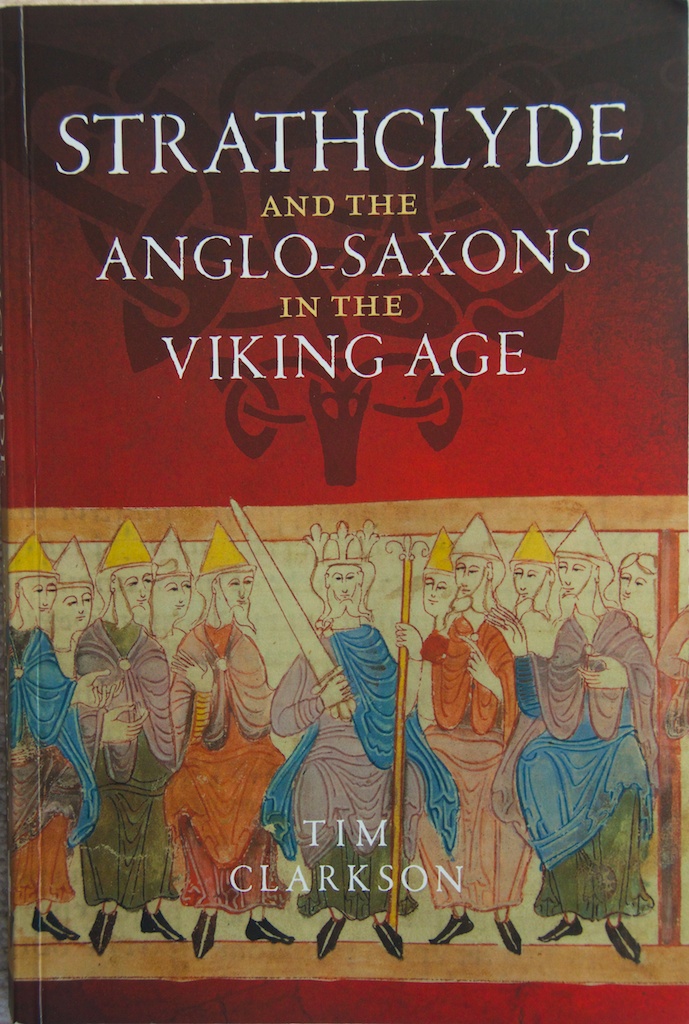 “Strathclyde was one of the major powers in Britain during the Viking Age, an important kingdom whose status was acknowledged by contemporary observers on both sides of the Irish Sea.”

Towards the end of the 9th century, a party of Vikings sailed boldly up the River Clyde and launched an assault on Dumbarton Rock.  This fortress, known as Alt Clut, was the centre of an ancient kingdom of Britons, and its occupants were not going to give up without a fight;  but after a four-month siege their water ran out.  It is unlikely that the Vikings would have had much mercy.  They captured the king, Artgal, and either murdered him or bore him away as a slave.

But from the ashes of Alt Clut rose another dynasty – the Kingdom of Strathclyde.  At Govan, a few miles up the River Clyde from Dumbarton, Artgal’s son, Rhun, established a new centre of power.  His subjects became known as the people of Strat Clut, the strath or lower valley of the River Clyde, and when their own star faded into darkness they left behind them a few tantalising place names, some faint traces of settlement, and a legacy of carvings, unique and enigmatic in design, for historians to puzzle over.

One of these historians is Tim Clarkson.  I have just been reading Tim’s latest book, ‘Strathclyde and the Anglo-Saxons in the Viking Age’, and from this I’ve learned a great deal about a part of history that I never knew existed.  It is as complex as it is fascinating, and before you can start to take it in you have to completely divest yourself of the idea of Scotland, England and Wales as they are today:  the countries as we know them simply didn’t exist.

The next thing to understand is that the people of Strathclyde were neither Scots nor Picts:  they were essentially North Britons, belonging to a territory known as Cumbria which at one time stretched right up the western side of Britain, from what is now Wales (in Welsh, Cymru), through the present-day county of Cumbria, right up to the River Clyde.  Their language is described by historians as Brittonic, and it is fascinating to see traces of Welsh in some of their names.

“Although popular etymology sees Govan as a name of Gaelic origin derived from Baile a Ghobainn, ‘Place of the Smith’, this part of Clydesdale did not become Gaelic-speaking until the twelfth century.  In the period when the ‘Govan Stones’ were carved (c. 870 to c. 1100)  the main language of the area was Cumbric, a northern Britonnic tongue related to Old Welsh.”

It doesn’t sound as if the Strathclyde Britons had a particularly peaceful time.  Clarkson meticulously sifts through the evidence of their relations with the Picts, the Gaels (Scots), the Anglo-Saxons and the Vikings, and he gives long and careful consideration to the possible whereabouts of the elusive battle of Brunanburh, a lost site which he admits has “a special aura that many other battles of the Viking Age simply do not have.”

Tracing the line of kingship from the ninth through to the eleventh century is a study in itself, and much of Strathclyde’s history remains in shadow;  contemporary accounts, which you might expect to be the most truthful, are often coloured by the politics and ulterior motives of the author, whose sole purpose was often to make his own ruler appear invincible and god-like.  To the people of that era there was no distinct line between fact and fiction, and nothing boosted a king’s credibility more than a judiciously crafted myth.

Clarkson steps expertly through this tangled forest of truth and legend, using his formidable knowledge of medieval manuscripts to grasp at the truth.  It is a shadowy world, but patches of light come from unexpected sources, such as the pilgrimage, around 940 AD, of a monk named St Cathroe, who was welcomed into Cumbrian territory by a Strathclyde king called Dyfnwal before continuing his journey south to York and then London.

Strathclyde flourished for about 200 years;  it was still independent in 1000 AD, but within a few decades it had ceased to exist, having fallen victim to the now-united kingdom of Picts and Scots.  The end came swiftly, and Clarkson believes that it must have occurred sometime between 1058 and 1070:  “The kingdom did not become part of Alba through treaty or negotiation but on the point of a Scottish sword.”

Hogback stones and two upright crosses at ‘The Giant’s Grave’, Penrith. Photo by B Keeling

So what did the Strathclyde Britons leave behind?  Their legacy includes a collection of strangely carved ‘hogback’ gravestones, which are now preserved in the Old Parish Church at Govan;  tantalising traces of a large man-made mound known as Doomster Hill, which was obliterated in the nineteenth century;  and a monument consisting of two medieval crosses and four more astonishing hogback stones in the graveyard of St Andrew’s Church at Penrith.  Much of the Govan carving is unique, and is now recognised as the ‘Govan school’, but in fact the stonemasons were also influenced by styles popular in Pictish, Irish, Welsh, Scandinavian and Anglo-Saxon cultures.

“These magnificent relics, far from being mute sandstone blocks, speak forcefully of the wealth and power that lay behind their making.  They connect us to the era of the Cumbrian kings.  Thus, when we cross the threshold of the old parish church at Govan, we enter the very heart of an ancient realm.”

Govan Old Parish Church, home of the Govan stones, by B Keeling

This book is not something to be consumed in one bite, unless you’re a historian and already familiar with many of the sources.  Speaking for myself, I found that it contained such a wealth of information that I needed to absorb it slowly, but the world that it conjures up, of a powerful dynasty at least half-forgotten, is absolutely fascinating.  I shall continue to use it as a comprehensive and authoritative source of reference, and I am now eager to visit the hogback stones of Govan at my earliest opportunity.

My congratulations to Tim on a superb production, worthy of any history bookshelf.

‘Strathclyde and the Anglo-Saxons in the Viking Age’ by Tim Clarkson is published by John Donald (Birlinn Ltd).

Tim writes three blogs:  Senchus – Notes on Early Medieval Scotland;  Early Medieval Govan; and Strathclyde & The Anglo-Saxons in the Viking Age, which gives more details about the book itself. 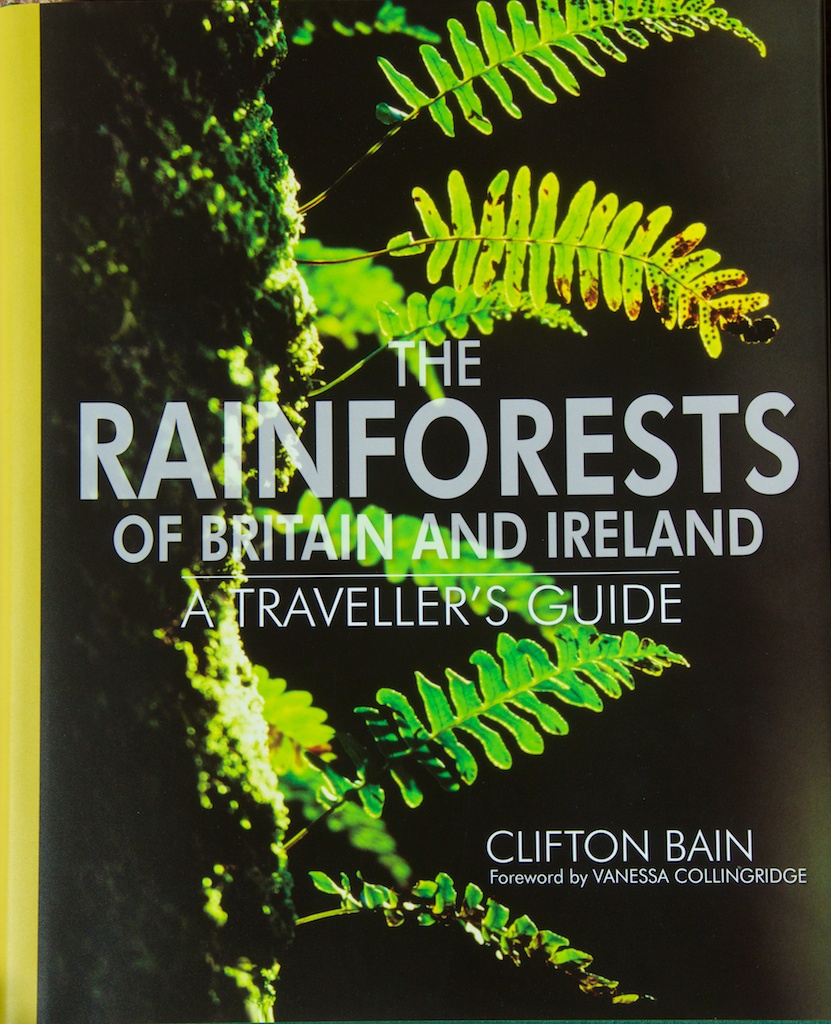 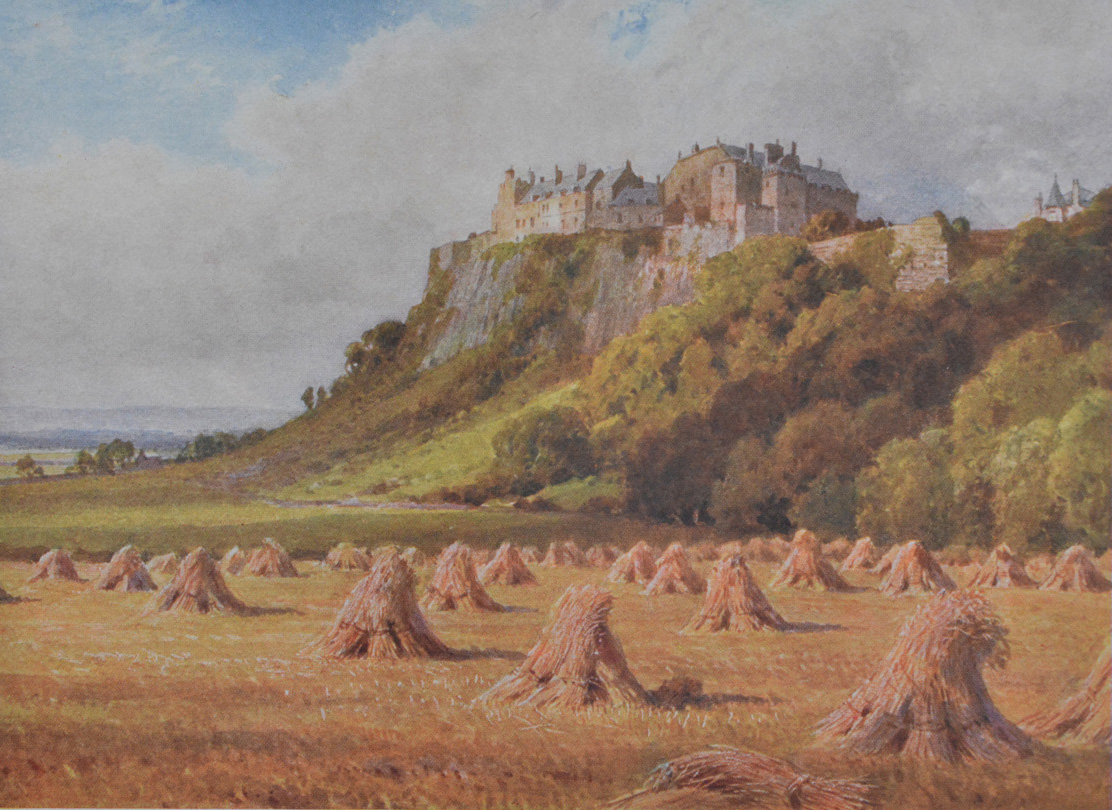 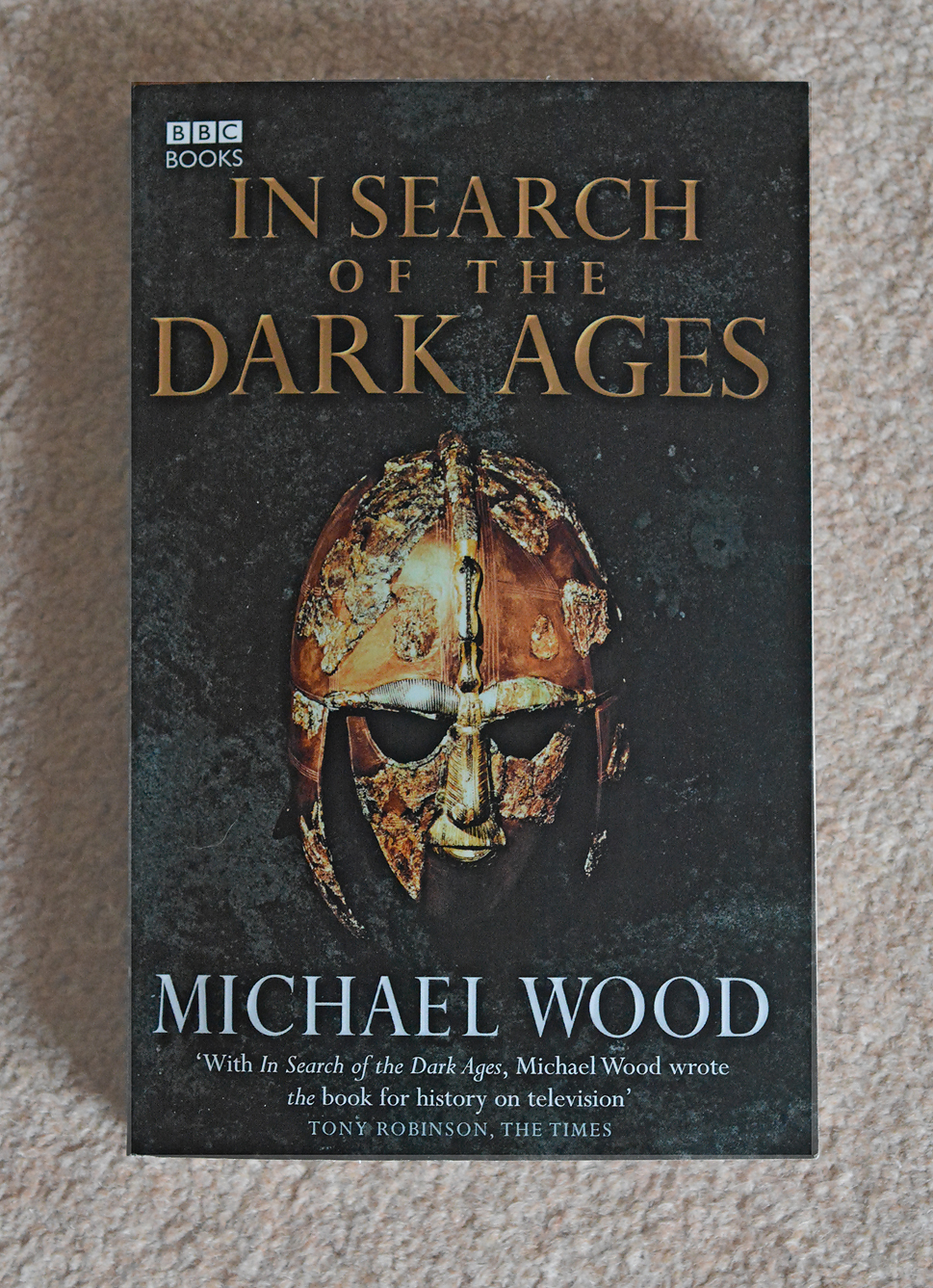